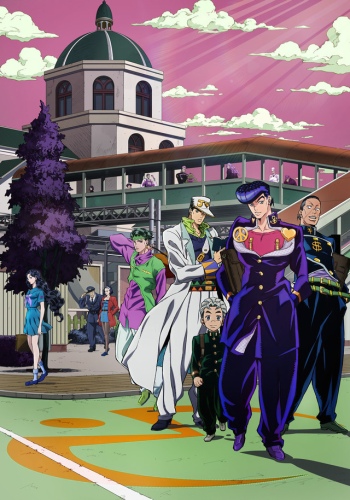 Plot Summary: Fourth story arc of JoJo no Kimyou na Bouken series. The coastal town of Morioh is plagued by the "Bow and Arrow," an ancient artifact which manifests latent stand abilities in criminals and ordinary folk alike. At the same time as they are dealing with the huge influx of stand users—both good and bad—in Morioh, high schooler Jousuke…