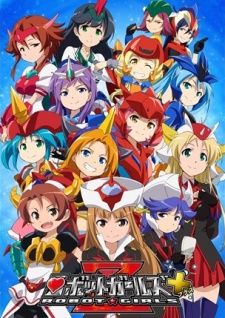 Plot Summary: Robot Girls Z+, the new Robot Girls Z anime, will be six monthly shorts that will debut next spring. The protagonists of Team Z will appear in the new shorts, along with the reformed Team G, Team LOD, Team Gou, and characters that first appeared in the franchise's online game. The new shorts' story will be based two…